We hit the central market, check out Bao Dai's Palace and the 'Crazy House'.

All of us have been to HCMC before and we had no desire to see the same sights again. We booked the open tour with Hanh Cafe and left for DaLat the next morning. We picked Hanh Cafe because they stop at cheaper hotels than the Sinh Cafe buses do. Say $7/nite where Hanh stops vs. $20/nite where the Sinh Cafe bus stops. The bus ride is not too bad, you start heading uphill a few hours after you get out of HCMC and it becomes quite scenic. Takes about 6 hours, one stop for lunch. We wind around Xuan Huong Lake that is in the center of DaLat and stop at the Pacific Hotel. Big rooms but a few were musty, price was $6 single. I had stayed there before and wanted a quieter room. I found one up a small alley, the Loan Kim Hotel. Just a few minutes walk and you are away from the traffic noise. It backs up to the woods and is much quieter than any hotel on Bui Thi Xuan St. Price was $8/nite. I was happy to pay a bit more for a quiet room. Met my friends for dinner, we ate at the V Cafe, just down the street from the Pacific Hotel. Nice place and good food. We ate there several times and always had a decent meal. Not cheap at 60,000VND or more per meal, but it is nice. Located right across the street from the Trung Cang Hotel, where the Sinh Cafe bus stops. My buddies like a few beers after a meal so we wandered down to the lake and spent an enjoyable hour sitting at a restaurant overlooking Xuan Huong Lake. I had hot tea and they had their beer. Wear long pants and have a sweater or windbreaker, it can get cool at night even in April. "H" was really happy to be in DaLat. Cooler, pretty and not as hectic as many VN cities, many couples pick DaLat for their honeymoon. We walked back to our hotels and called it a night.

The next day was for shopping and just bumping around DaLat. Most ladies like to shop and "H" was no exception. After BF we walked down to the hill to the Hoa Binh Square where the big central market is located. Fresh fruits and vegetables outside, clothing and everthing else inside. After everybody had what they wanted, we headed down Truong Cong Dinh St to the Peace Cafe. I had stayed at the Peace Hotel on previous trips and knew it was an OK place for a smoothie or light lunch. Caters mostly to backpackers plus the Easy Rider guys use it as a hang out. We decided to go to Bao Dai's Summer Palace from Peace Cafe. Too far to walk, but a cheap taxi ride and we were at Bao Dai's Palace. I've been there several times but my friends have not, so we paid our 8,000VND and spent the next hour on a self guided tour of the palace and grounds. Worth seeing IMO. The chance to dress up in royal attaire is not something you get to do very often. I have the photos of me in royal robes already, so I passed. I could not get my friends to dress up, so we made our way out. We decided to walk back and stopped at the Hang Nga GH and Art Gallery. Known to one and all as the 'Crazy House', it is worth a stop. It is constantly under construction, so new rooms were added since I was there 2 years ago. Paid the admission of 10,000VND and walked into every room that was not rented. Bring one of those small umbrellas when walking around DaLat. It is either going to rain or you will be getting more sun exposure than you want. I got mine at Bao Dai's for 25,000VND. Saved me from getting sunburned on our trek back to the hotel. I wanted to take a taxi, but the group decision was to burn up some calories and walk. It is 2-3 km and I was knackered before we got back. For a 15,000VND taxi fare I could saved myself an hours slog in the sun and tired legs.

We met for dinner and priced several places on the way to V Cafe. None had the menu choices, ambiance or fair prices as the V Cafe, so we went back. We got the same table and same waiter as the night before. A repeat to be sure, but all three of us enjoyed our meal, so it was a good decision. Afterwards, they wanted to have their nightly allotment of beer. Since I don't drink and was tired from our long trek during the day, I passed and went back to my hotel for a decent night's sleep. 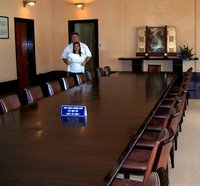 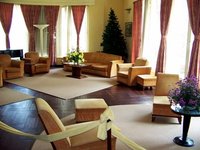 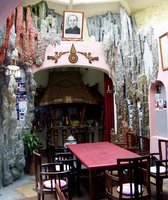 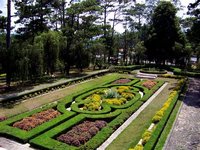 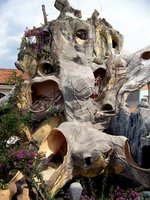 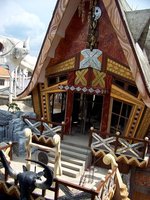