My neighbor Jean had her Michigan friend Diane in for a week's visit. Both were born in the UK, same week, same year. Both married US servicemen and have lived in the US since to 1950s. Diane comes to Vegas to celebrate their birthdays each June. Friends since they were age 8.
Jean asked me to drive them plus our neighbor Alice to dinner and then over to ride the High Roller (HR). Jean had most nights booked with something to do, so Friday became the night for our trip the HR. Our plan was to have dinner at a Bahama Breeze that is close to the Strip then over to the HR. Bahama Breeze was crowded, but we had a nice meal before heading over to the HR. We wanted to be on the HR when it was dark, so we strolled around the Linq shops before boarding at 8:20pm. Cost was $31 for NV residents, $36 for everyone else. It is $10 cheaper before 6pm, but we all wanted to see the lights of the Strip, so we voted to pay the $31. 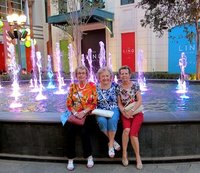 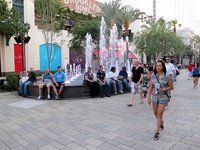 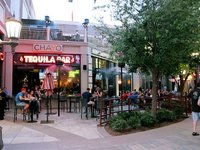 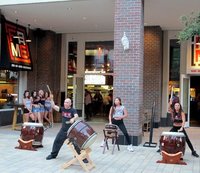 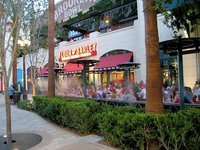 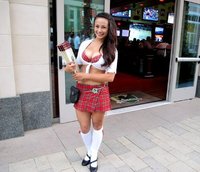 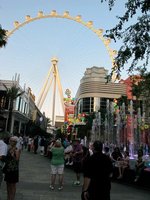 The Linq Project cost $550 million and includes shops, restaurants, entertainment plus the HR. The Linq started Sept. 2011 and was finished April 2014. There were 3,000 construction jobs when being developed and 1,500 permanent jobs. Diane bought some overpriced souvenirs while we strolled around the Linq shops and waited for nightfall. Perfect weather was a plus. Warm enough for shorts, but not so hot to be uncomfortable. 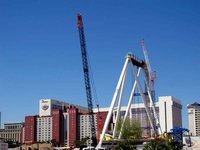 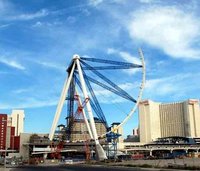 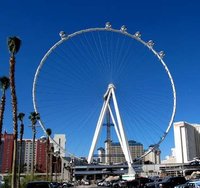 The HR really never stops, but we found it fairly easy to board. Just step lively when it is your turn. There are employees there if you need assistance. There are 28 pods, each holding up to 40 people. It was not that crowded and they only put 10 in our pod. Same with the ones before/after ours. We saw empty pods go around before dark. A countdown clock tells you how far you are from the 550 ft (167m) top. All of us were snapping off photos as we hit the top and started on the way down. The HR takes 30 minutes to make a full circuit and goes by much to quickly. All 4 of us wanted to go around again, but of course that is not to be. Staff are there to help everyone off. I took Diane's arm and we stepped off. Alice helped Jean off. Certainly not a problem for most, but those with mobility issues might need a helping hand. 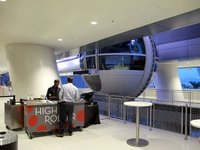 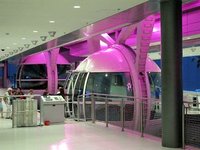 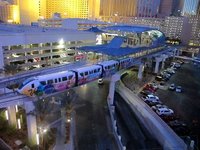 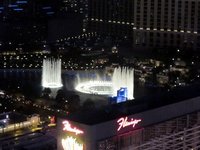 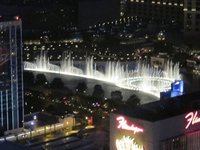 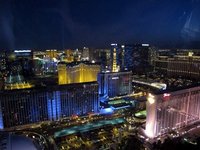 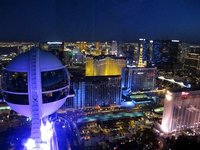 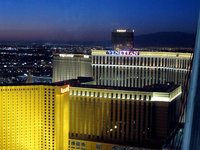 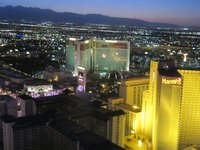 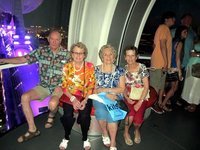 I think the Linq is a really well thought out project and should be a huge success. Plenty of places to eat, drink, live entertainment and of course the HR. Plenty of free parking east of the HR. Valet if you don't want to walk from the parking lot. Give it a chance when you next hit Las Vegas.