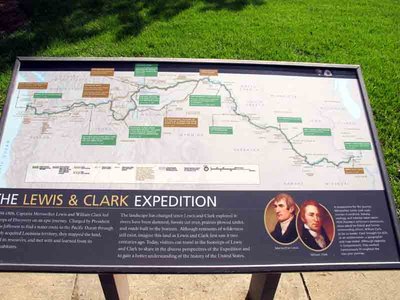 The Corps of Discovery was a specially-established unit of the United States Army which formed the nucleus of the Lewis and Clark Expedition that took place between May 1804 and September 1806. The Corps, which was a select group of volunteers, were led jointly by Captain Meriwether Lewis and Second Lieutenant William Clark. Commissioned by President Thomas Jefferson, the Corps' objectives were both scientific and commercial – to study the area's plants, animal life, and geography, and to learn how the Louisiana Purchase could be exploited economically.